Most Koi live around 40 – 50 years inside of Japan, with ideal conditions. In the rest of the world the average is closer to 20 years. Hanako, however, surpassed all others by a very wide margin.

Born sometime in 1751, Hanako was a female “Scarlet Koi” that lived to the ripe old age of 226. Hanako translates to “Flower Girl” in Japanese.

Raised in the mountains of Mino Province, Hanako was passed down through one family. Her final owner was
Dr. Komei Koshihara, who inherited her from his maternal Grandmother. She in turn said the fish was passed down from the “Olden Times”.

In July 1966, two of Hanako’s scales were carefully removed and studied by Professor Masayoshi Hiro from the Laboratory of Animal Science at the Nagoya Women’s University. After careful study with the use of a light microscope, the Professor determined Hanako to be 215 years old.

This was achieved by counting the growth rings inside Hanako’s scales, similar to how one would count the rings in a tree. At this time, Hanako weighed 7.5Kg and was 70cm in length.

Her scales were studied again in 1974 with updated technology and this confirmed her age, as well as verifying that some of the other Koi that shared her mountain pond were over 100 years old themselves!

Hanako sadly passed away on the 7th July 1977 at the impressive age of 226 years old.
Her owner, Dr. Komei Koshihara, called her “His dearest friend”.

Hanako has the unbeaten title of longest lived freshwater fish in recorded history, and lived through two world wars and 9 different Emperors of Japan! 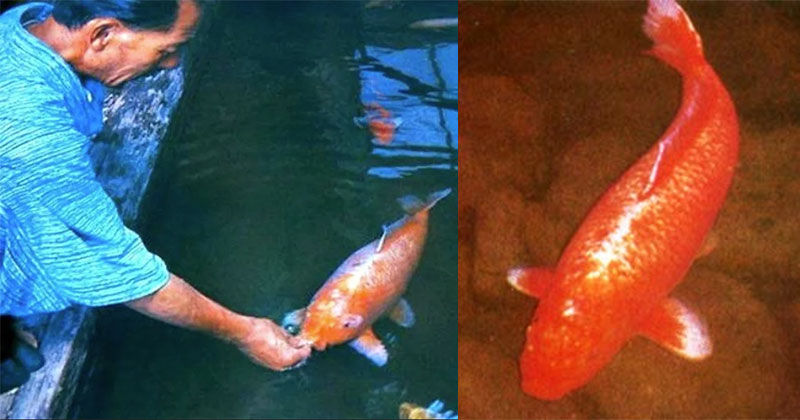